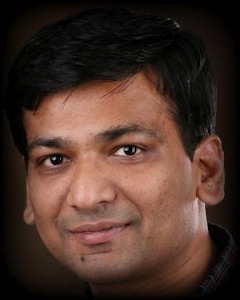 At present, I am enjoying sabbatical :-)

I worked at Amazon, where I developed data models and backend services for customer registration and onboarding in AmazonBusiness.in.

Before that, I was a Senior Software Engineer in Advanced Development Group at Microsoft Research India, where I helped transforming cool exciting technologies invented at Microsoft Research into Microsoft products and services. I worked on mobile application energy profiler (released as battery profiler in Windows Phone SDK 8.0 in Oct 2012, and later an improved version in Visual Studio 2013 for Windows 8), and indoor localization.

In a nutshell, I love computer science, and building software systems and programming tools; I still program, and I unabashedly confess that I am just a programmer.

I grew up in the industrial town of Kanpur (India) at the bank of river Ganga. I received my B.Tech. in Chemical Engineering (with minor in Computing) from Indian Institute of Technology, Kanpur in 1996, and a Masters in Computer Science from University of Wisconsin - Milwaukee in 2001.

I find solace in computer programming, bliss in Hindi poetry, solitude at high altitudes in Himalayas, and humor in personal finance choices.